In a strange world inhabited by creatures which we might call monsters, it was a peaceful world but it could not last. One day a crazed robot army arrived with the sole objective to exploit the planet’s precious resources. It’s now up to the nerdy engineer Splee and her hunky pal Gløb to stop the invaders.

In Splee & Glob: Monster Defense, up to two players take control of the unlikely couple to fend off the invaders through clever tower-building, crowd control, and dynamic third-person combat in the most non-linear and asymmetric tower defense game you’ve ever seen. 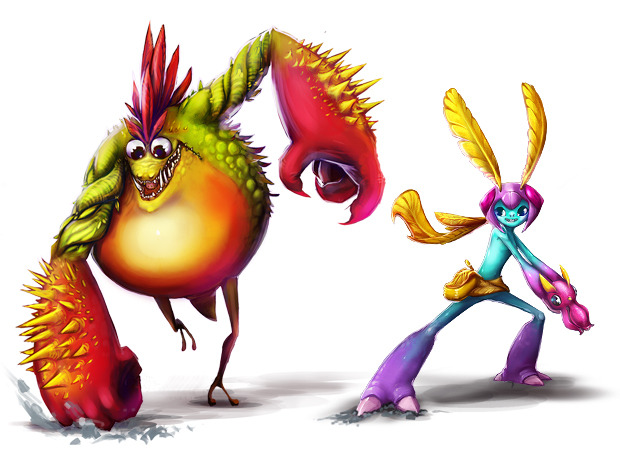